Arizona Estate Planning Attorneys > Arizona Family Trust > What is a First Deed of Trust in Arizona? 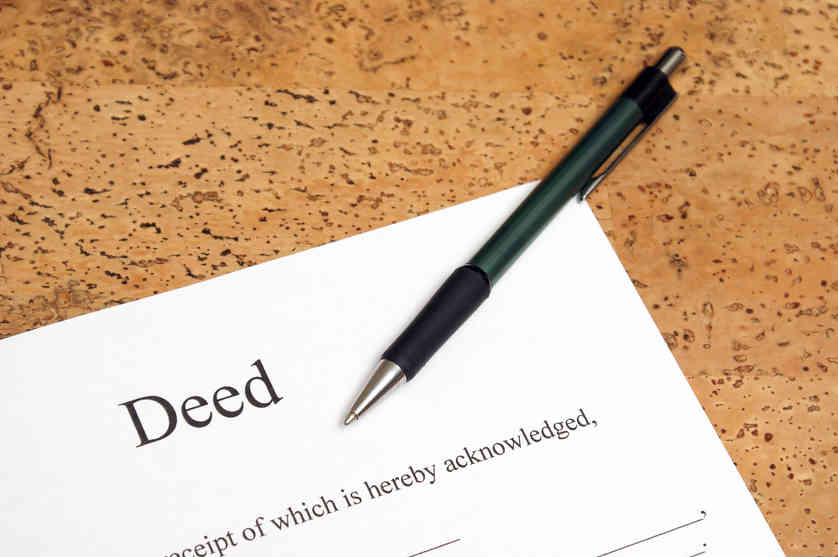 Under Arizona law, a first deed of trust has priority over a lien. Does “first” refer to the first deed that is recorded or the first-in-time of any instrument recorded? In Cypress on Sunland Homeowners Ass’n v. Orlandini, 253 P.3d 288 (2011) the Arizona Court of Appeals discussed this issue.

Mr. Spearman bought real property in Phoenix that is at the core of this case. The property was subject to the Homeowners’ Association agreement. Mr. Spearman borrowed money from American Lending Corporation (“ALC”) that he secured by deeds of trust on the property. ALC assigned the first deed of trust to Alliance Bancorp who assigned it to HSBC Bank, USA, (“Bank”). 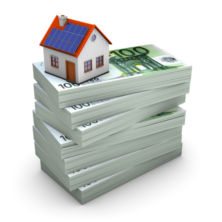 Mr. Spearman didn’t keep up with payments due on the HOA assessments. Under the homeowners’ agreement, an unpaid assessment became an assessment lien on the property. The HOA attorneys, preparing a lien foreclosure action on the assessment lien, got a litigation guarantee that showed ALC’s first and second deeds of trust.

The HOA filed a lien foreclosure action against Spearman and ALC. It did not mention that ALC had a first deed of trust. Instead, it simply claimed that ALC’s liens were subordinate to the assignment lien. This was not true.

Under Arizona law, a first deed of trust has priority over an assignment lien. The Commissioner held an ex parte hearing. Only the HOA’s lawyer was present who told him that ALC’s liens were subordinate to the assignment lien.

The Commissioner foreclosed ALC’s liens and ordered that the property is sold to satisfy the HOA lien.

At the sheriff’s sale, Mr. Draper bought the property for $5,599. Its appraised value was $190,000. Mr. Draper sold the property to his friend, Mr. Jacoby, who was aware of the first lien.

The Bank did not know about all this. It noticed a trustee’s sale to foreclose on its first deed of trust. At that point, it learned about HOA’s judgment on foreclosure. However, the HOA attorney told the Bank’s attorneys that the HOA had not asserted a priority lien over the first mortgage.

So the Bank meanwhile got a trustee’s deed and sold the property to Mr. Orlandini. Mr. Jacoby filed a quiet title action. He claimed that the Bank lost its interest in the foreclosure. Mr. Jacoby then filed a motion for judgment on the pleadings and/or summary judgment.

Orlandini and First American Title intervened and asked the court to set aside the default judgment in favor of the HOA as well as the sheriff’s sale. The Intervenors claimed fraud upon the court. The court granted the Interveners’ cross-motion. It ruled that the first deed of trust could not be foreclosed by the HOA’s default judgment.

The court further ruled that HOA’s foreclosure complaint and its judgment were based on false information. It also found that the HOA attorneys knew that the statements were false, knowingly misled the commissioner and committed a fraud on the court. The court determined that the fraud was so severe that it justified setting aside that judgment under Rule 60(c)(6).

It also set aside the sale. The HOA moved to consolidate the lien foreclosure action with the quiet title action. It claimed that the court should have given the HOA an opportunity to respond to the fraud charges. The Commissioner consolidated the cases, reinstated the default judgment and awarded the HOA attorney. The Intervenors appealed.

However, the Court noted that when the court set aside the default judgment in the foreclosure action, it was pending again. Since the two actions involved the same issues and arose from related transactions, consolidation was proper.

The Intervenors argue that the Commissioner should not have reconsidered the judge’s order because that constituted a horizontal appeal. Under Arizona law, one trial judge should not reconsider the decision of another unless there are new circumstances.

The Court pointed out that there were new circumstances here. The HOA became a party to the action as a result of the consolidation. The HOA’s attorneys could present evidence and argument not made available to Judge Burke. This justified the reconsideration of the judge’s order by the Commissioner.

The Intervenors argue the Commissioner should not have reversed the court’s order. They claim that under the clear law, a lien arising from the first deed of trust has priority over an assessment lien. Therefore, it could not be foreclosed by an assessment lien.

The HOA argued that this was not clear law. It claimed that in order to have first priority, the deed of trust had to have been recorded before any other lien interest. It claimed that the minute the HOA recorded its agreement in 2003, the assessment lien was perfected. Therefore, HOA attorneys claimed, the assignment lien had priority over the first deed of trust recorded on June 8, 2006.

The Court of Appeals rejected this interpretation of the statutes, calling it “strained.” It ruled that “first deed of trust” refers to the order in which deeds of trust are recorded on the property. It does not require that a trust deed is recorded first in time relative to other recorded instruments to be the “first deed of trust.”

It said that the meaning of the law was clear: an assessment lien is subordinate to a recorded first deed of trust. It doesn’t matter when the two instruments were recorded.

Fraud on the Court 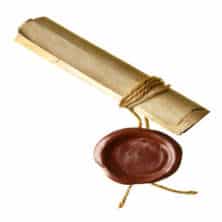 First Deed of Trust in Arizona.

The Intervenors again argued on appeal that the HOA attorneys committed a fraud upon the court. Obtaining a judgment with false representations is, they claimed, a fraud on the court.

Commissioner Kongable determined that there was no fraud on the court. He found that HOA’s attorneys presented a “legitimate” legal argument. The Court of Appeals disagreed. It ruled that the HOA’s arguments could not be supported on any legitimate grounds. It labeled the arguments specious, contrived, and legally and logically unsound. It found that the HOA’s attorneys obtained the default judgment by perpetrating a fraud upon the court. Therefore, the judgment can be set aside under either Rule 60(c)(6) or in an independent action.

The Court of Appeals affirmed Commissioner Kongable’s order consolidating the quiet title action with the lien foreclosure action. It vacated his orders reinstating the default judgment of foreclosure nunc pro tunc and awarding attorneys’ fees and costs to the HOA. It remanded the remaining matters to the trial court for further proceedings.