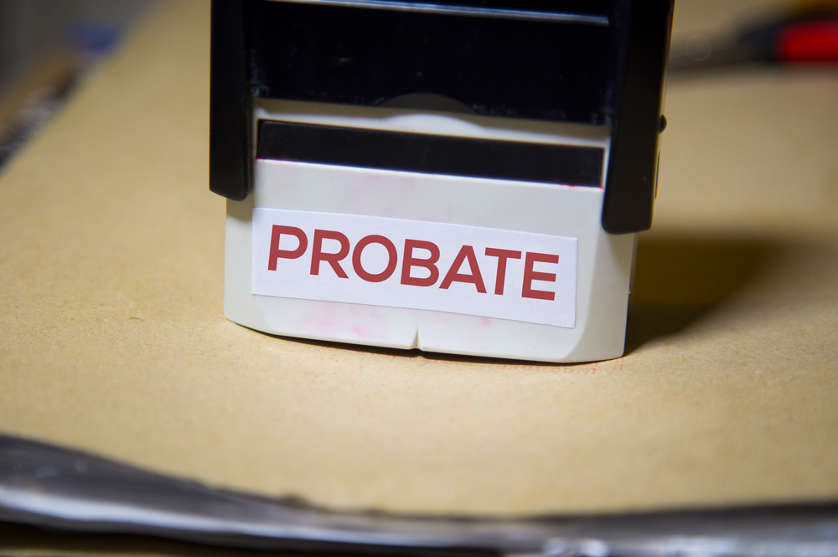 In a supervised proceeding, a party cannot appeal a court ruling until the final decree is entered. What are the rules for appeal in an unsupervised administration? In In re Estate of McGathy, 246 P.3d 628 (2010), the Arizona Supreme Court addressed this issue.

Mrs. Waldow was the personal representative of the estate of Mrs. McGathy. In April 2008, she filed a petition asking the court whether non-probate beneficiaries must contribute a pro rata share of estate taxes.

The court entered an order requiring the non-probate transferees to pay their share of the taxes. The order contained findings and the clerk entered it as a final judgment.

Mr. LaPorta, a nonprobate beneficiary, filed a timely notice of appeal. The court of appeals dismissed the appeal for lack of jurisdiction. Citing Ivancovich v. Meier, 595 P.2d 24 (1979), the court concluded that the order was not appealable. It ruled that the order could only be reviewed in an appeal from a final decree distributing the estate.

Waldow and LaPorta filed a joint petition for review with the Arizona Supreme Court.

Adoption of the Uniform Probate Code

Arizona adopted the Uniform Probate Code in 1973. Before the uniform act, Arizona law treated the handling of an estate as one continuous in rem proceeding. The court maintained jurisdiction over an estate until the final decree.

However, the Uniform Probate Code also offers the option of an unsupervised administration which minimizes judicial involvement. In an unsupervised administration, the personal representative distributes assets. She closes an estate informally, without court order. If the personal representative has legal questions, they may petition the court for instructions in a “formal proceeding.”

Distinguishing Ivancovich In this case, the court of appeals ruled that it had no jurisdiction, citing Ivancovich. The Arizona Supreme Court found the Ivancovich facts strikingly similar to this case facts. However, it noted an important difference.

Accordingly, all orders entered before the final decree are interlocutory. Ivancovich thus correctly found that the tax apportionment order was not appealable.

In Arizona, a party can only appeal a final judgment which disposes of all claims and all parties. Prior Arizona probate law listed out interlocutory orders that were appealable. When the legislature adopted the Uniform Probate Code, it removed the list of appealable orders. The new statute allows appeals from orders entered “in any formal proceedings under title 14.”

A formal probate proceeding is defined as one “conducted before a judge with notice to interested persons.” It starts when someone files a petition in court, and each proceeding is independent of any other proceeding involving the same estate.

Other states that enacted the Uniform Probate Code allow the appeal of orders terminating formal proceedings in an unsupervised administration. The Arizona Supreme Court mentioned decisions from Colorado, New Mexico and North Dakota. It cited with approval language from the decision in Schmidt v. Schmidt, 540 N.W.2d 605, 607 (N.D.1995). “Because each proceeding in an unsupervised probate is considered independent of other proceedings involving the same estate, there need be finality only as to that proceeding, not the entire estate.”

The Arizona Supreme Court agreed with this reasoning. It noted that in an unsupervised administration, an order disposing of a formal proceeding may be the last order the court enters. It concluded that it made no sense to defer appellate review until a final decree, since that might never come.

The Arizona Supreme Court vacated the order dismissing the appeal and remanded the case to the court of appeals for further proceedings.