Jurisdiction of Probate Court in Arizona

Jurisdiction of Probate Court in Arizona

The Superior Court has authority to deal with property ownership questions. But does the Superior Court acting as a probate court rule on matters other than the actual administration of the estate?

A.W. Chappell died. A probate estate was opened in the Superior Court of Pima County. In time, the personal representative filed an inventory. 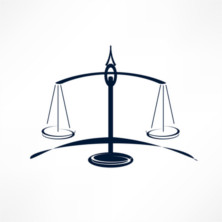 Jurisdiction of Probate Court in Arizona.

Mrs. Gonzalez read the inventory. She noticed that it included a property she claimed to own. She filed a petition in the probate case. She asked the court to direct the personal representative to appear at a hearing about the real property.

The personal representative filed a motion to dismiss the petition. He argued that the probate court lacked jurisdiction to determine competing claims of ownership. The Superior Court granted the motion.

Mrs. Gonzalez filed a special action with the Court of Appeals. That court accepted jurisdiction and set aside the dismissal order of the Superior Court. The Arizona Supreme Court granted review.

The Supreme Court reviewed the language of the law. It concluded that the legislature intended to confer give the probate court full constitutional jurisdiction in matters which might arise affecting estates.

As discussed above, the Superior Court sitting in a probate matter has jurisdiction over this matter. However, the Supreme Court noted that probate’s summary in rem procedure cannot be used to determine the rights of third parties.

The Court found that this quiet title action, although involving an estate, may not be tried on an order-to-show-cause procedure. The Rules of Civil Procedure continue to govern in such actions.

The Arizona Supreme Court reversed the judgment of the Superior Court. It remanded the case for further proceedings.